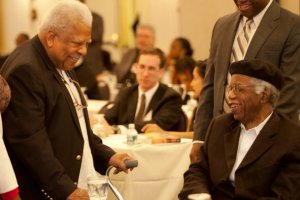 40th ANNUAL MEETING of the

NYASA, founded in 1967 as the SUNY African Studies Faculty Association, is a nonprofit membership association, incorporated as NYASA in 1975, dedicated to advancing the discipline of Africana Studies. NYASA is open to all with an interest in Africa and the Diaspora. As a regional organization, the New York African Studies Association promotes the visibility and advancement of the discipline in New York State and surrounding areas, offers opportunities for scholarly and professional development of educators, and provides enhanced education for community members, leaders, and activists. Other topics for papers will be considered, as will proposals to organize panels and to promote student participation. By 1 December 2014 please send abstracts of not more than 150 words to the Local Organizing Committee at
nyasa2015@gmail.com
or
NYASA 2015 Organizing Committee
c/o Kevin Hickey
Albany College of Pharmacy and Health Sciences
106 New Scotland Ave.
Albany, NY 12208

This site uses Akismet to reduce spam. Learn how your comment data is processed.